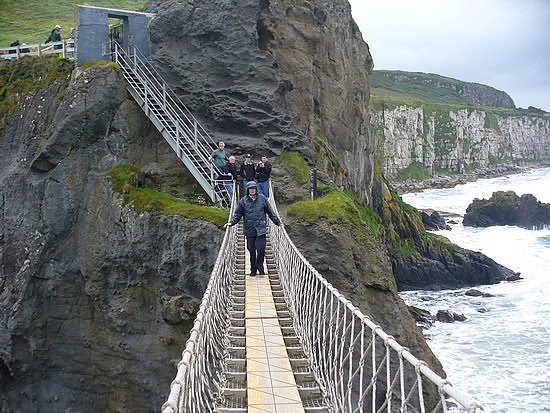 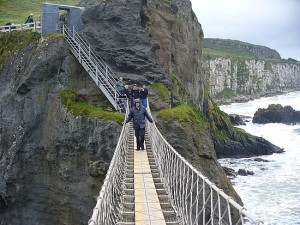 The Journey is the Destination

A young man was standing beside a narrow, smooth flowing river gazing at the beautiful scene on the far bank.  He was pondering life.  His mind was consumed with competitive and mental wants, his spirit was bogged down by a lack of meaning and he forced his body to cope with constant abuse and neglect.

The man’s life was filled to overflowing.  Demands were high and time was short.  It seemed that there was always something that needed to be done.  On the far bank of the river people were able to live one integrated life.  It was as if on his side of the river, time controlled people, but on the far side, people controlled time.  If only I could get across the river to the other side, thought the man.  If only I could build a bridge.

He thought about it a little more, then realised that he already had everything he needed to construct a bridge.  All the materials and the know-how were available; all he really needed was the time to make a start.  Time was the one thing he didn’t have.

The young man would have pondered some more, but his mind wanted action, his body wanted feeding and his spirit was looking for fulfilment. He decided he would return to the riverbank soon.   He’d finalise his bridge design and make a start; he’d do it as soon as he had a chance, as soon as things settled down. 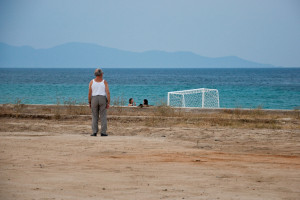 As the man matured, he grew in wealth and stature and was still as busy as ever. His physical being had begun to decline so he decided to postpone building the bridge until he had more time and felt better.  Looking back at his younger days, he couldn’t understand why he hadn’t just swum across.  It was only a short distance across the river and the current was mild.  Even now part of him wanted to dive in a take the plunge.

Then he thought about his listless and painful body and knew the effort was now beyond him.  It seemed so simple looking back.  Why hadn’t he done something earlier?  Why hadn’t he lived the way he wanted to live?

The years passed as if they were months as the man pandered to the competing demands of mind, body and spirit.  Before he knew it he was prematurely old.  The old man returned to the river to imagine the bridge he had never had time to build.  As he gazed across the river, he was struck by blinding flash of the obvious and a harsh truth about life: the journey becomes the destination.

On his side of the river some people had strong bodies, some had powerful minds and others were consumed by the spiritual.  Very few seemed to get all three facets of life working together.

On the far side he could see that financially rich people didn’t have to be emotionally bankrupt.  He could see that successful, important people could still have time to do what they wanted.  He could see men playing with their children and women secure in their own self-image rather than being slaves to other people’s expectations of how they should look or act.

At last he could see what he was and what he wanted to be; it was just too late.  As John Lennon said when the man was still young, “Life is what happens while you’re busy making other plans.”

Crossing the bridge is a metaphor for changing your habits.  None of us can go back and make a new beginning, but as the saying goes, we can start now and begin a new ending.

Most human behaviour is based on habits, and habits are hard to change.  This is exactly why, as described in part 1 of “get your year into gear”, we explained the need for a clear goal or vision of what we want our lives to become and some action steps to help us start on a new path (if necessary).  We also need the support of people around us to form new habits, to follow a new path.

Action steps for part 2 of “get your year into gear”:

Feel free to share this link with your friends.  And stay tuned for Part 3 of “get your year into gear” next week.

If you would like to join a group of motivated people also achieving their goals for 2016, check out our Ka-Pow! groups here. New groups are starting in February, so get in touch now!