Home · Blog · Featured : What does a typical milllionaire look like? Let’s dispel the myths. 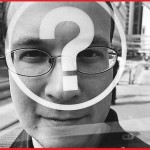 If you’re expecting me to say primped, preened and driving a performance sportscar, you’d be wrong!  In fact, generally millionaires don’t stand out.

The majority of millionaires are married with children, self-employed entrepreneurs who work hard, have mud on their boots and dirt under their nails!  They don’t drive a Porsche or Jaguar, they buy their suits off the rack, and will often wait until they come on special.  They re-upholster their furniture and mend their clothes. They actively (and legally) strive to minimise their tax bill, rather than solely focus on more income (which is taxable).

Owners of small business make up the largest number of millionaires; many are owner-operated sole proprietaries.  However according to research only a small percentage of sole proprietors ever reach the millionaire ranks.  But if only 2 in 100 solepreneurs become affluent, this percentage is about twice the average for regular punters.

Surprised?  Well if you think logically about it, it’s the savvy and disciplined behaviour that made their million that they’re sticking with.  When you work hard to earn your money, you don’t take it for granted and you spend it wisely.

Some common characteristics of millionaires:

So the next time you’re at the shops to buy that “must-have” item, pause and think about what choice a typical millionaire would make right now – after all, to become a millionaire you need to act like one.